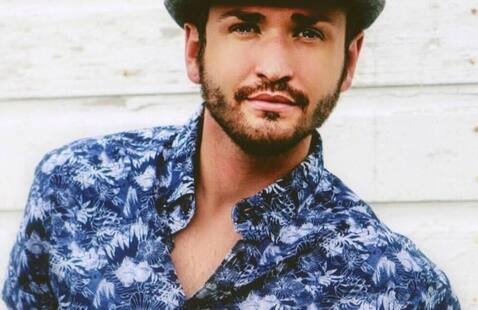 Join us for an afternoon of country music with Aaron Kelly and special guest Sage Mountain. Aaron brings his amazingly gifted voice to La Tourelle Hotel for an outside show not soon to be forgotten. Sage Mountain features John Gain, Michael Thuresen, Trace Davis, London McDaniels, and Mike Burdorf. Don't miss this talented young recording artist in his only Ithaca performance this summer and along with Sage Mountain's Ithaca debut!

AARON KELLY was born in Sarasota, Florida and grew up in Central Pennsylvania, which he calls home. Aaron has been singing professionally since the age of nine, playing shows all across the world from Norway to Mexico, Dominican Republic, and the entire United States and Canada. Aaron has performed and opened for acts such as Phil Vassar, Charlie Daniels, Loretta Lynn, Sawyer Brown, Little Big Town, Emerson Drive, Bill Anderson, Montgomery Gentry, Billy Currington, Martina McBride, The Bee Gees, and The Marshall Tucker Band, among others.

At age eleven, Aaron first stepped into the television spotlight on “America's Most Talented Kids.” At the age of sixteen, Aaron won the dream ticket to the front of the line for American Idol auditions, where he sang his way into the top 5 and into the hearts of America, landing himself into the Idols' Live Tour. Aaron has performed for audiences ranging from hundreds to millions on Idol. He has performed on TV shows such as Access Hollywood, The Ellen Show, David Letterman, The Wendy Williams Show, and Good Morning America. Proudly, Aaron Kelly performed the National Anthem in front of the world on the ABC network during the Little League World Series 2017 championship game.

Aaron offers several options for his fans custom to the venue's needs. Aaron with acoustic guitar or trio, which includes saxophone and percussion, and/or a full band.

Aaron Kelly is strongly committed to his community and believes strongly in giving. His goal is to bring joy into people's lives. Aaron's style is soulful, edgy blended into a country/pop flair. Aaron creates a personal experience mesmerizing his audience through a wide variety of music including his originals covering all genres and eras.

Aaron has performed for worthy causes such as Magical Memories for Children, Serve Inc (for the disabled), American Cancer Society, Relay for Life, and community members who find themselves victims of illness, disease or natural disasters.

Aaron credits his mom for always believing in his dreams and for being his biggest supporter. It is because of her that Aaron remains focused, grounded, and strives every day to be the best that he can be and to wake up doing music every day...changing lives one song at a time.

John Gain, Singer/Songwriter, Guitarist
My musical influences have mainly been from the country music genre. Classical country has a special place in my heart that only it can fill. My writings often reflect the country music of the seventies and eighties. Artists like Waylon Jennings and Johnny Cash (The Outlaws). Willie Nelson has always amazed me with much more than just his unique sound. His songwriting is legendary.
Band Affiliations: John Gain and The Guilty.

Michael Thuesen, Singer/Songwriter/Guitarist
Mike has written 460 songs in his 50+ years of playing. Influences include: The Who, Pink Floyd, John Prine, Phil Oches, Willie Nelson, The Outlaws and Gordon Lightfoot, among many others between 1906 and the present. Band affiliations: Twice Over Easy, Remnants, Stark Raven, Circle of Friends, Mike Thuesen w/Evan D. Williams, numerous guest appearances and a fifty year solo career.

Trace Davis, Lead Guitarist
Is the President/Founder of Voodoo Amplification Inc & works with artists such as Guns N’ Roses, Aerosmith, ZZ Top, AC/DC, Def Leppard and many more. Trace’s talents include recording engineer, session player and has toured professionally with several larger acts. In the late 90’s Trace was signed to a subsidiary of Sony Records with his own band As It Iz and has enjoyed regional success with such acts as 88Rocks, Asylum, Buster Crab & continues to play in the long running Classic Rock band the Melon Brothers.