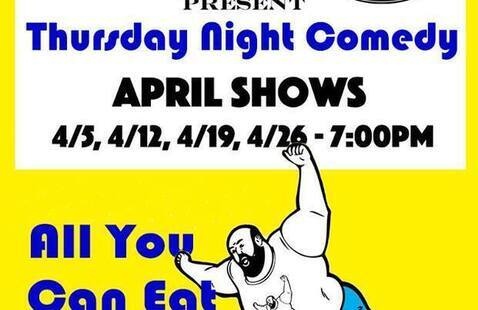 ComedyFLOPs, Ithaca’s improv troupe and a staple of the Ithaca area comedy scene since 2011, is teaming up with The Dock to make Thursday, the official comedy night in Ithaca! The series will soft-launch on April 13 and then officially kickoff on April 27, alternating between improv and stand-up shows. From time-to-time they anticipate there will be special guest artists.

As with past ComedyFLOPs shows, the majority of the proceeds from Thursday Night Comedy will benefit local charities beginning with Planned Parenthood of the Southern Fingerlakes. In the past the troupe has supported Healthy Food For All, Ithaca Hospicare, and Community School of Music and Arts (CSMA). Said founding member, John Fracchia, "FLOPs was founded on the principle of philanthropy so we’re really excited to support a different organization each month. We think it’s a great opportunity to build the comedy scene in Ithaca in a way that positively impacts our community, and we’re very grateful to The Dock for recognizing it!"

Nine charities have been selected as recipients for 2017 and information about who they are will be released prior to their designated month.

ComedyFLOPs mission is to provide high‐quality, affordable and inclusive comedy to Ithaca that serves the community through entertainment, education and philanthropy. Show donations are allocated to both ComedyFLOPs operational needs and local charities, including Hospicare, Healthy Food for All and the Community School of Music and Arts.