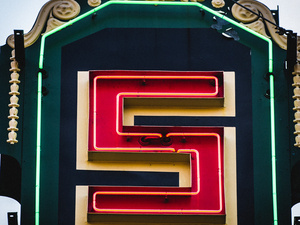 DakhaBrakha is a Ukrainian folk quartet which combines the musical styles of several ethnic groups. It was a winner of the Sergey Kuryokhin Prize in 2009. DakhaBrakha is a project of the DAKh Center for Contemporary Art, led by Vladyslav Troitskyi and born as a live theater music crew. Troiskyi continues to be the band's producer. Members of DakhaBrakha participate in the centre's other projects, notably in the all-female cabaret project Dakh Daughters, as well as in the annual Gogolfest festival.