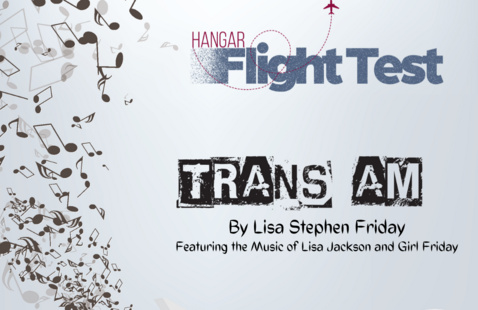 Hangar Theatre, The Hangar Theatre Outdoor Stage View map $20
Add to calendar
Save to Google Calendar Save to iCal Save to Outlook

https://hangartheatre.org/buy-tickets/category/mainstage/list/ #HangarTheatre
View map
Add to calendar
Save to Google Calendar Save to iCal Save to Outlook

A Ground-Breaking New Rock Musical. Lisa Stephen Friday takes a journey through her past where she discovers what makes her the happiest, being her true self at any cost. Seeking self-actualization, respect, and community with microphone and guitar in hand, Trans Am features the music of cult-favorite glam rock band Lisa Jackson & Girl Friday as she explores her own personal trans experience.

Be a part of the process of developing new musical theatre for the American stage! Join us for two exciting musical workshops, and be among the first audiences to experience these scripts and songs in their current drafts. Writers and artistic teams will spend development time at the Hangar to explore and prepare their scripts and scores for production: your feedback helps them along in their journeys.

Hangar Flight Test is committed to helping expand the diversity and range of writers being produced in the American musical theatre. For all projects, at least 50% of the writing team will be writers who identify as Black, Indigenous, or People of Color (BIPoC) and/or as an under-represented gender identity (female, trans, or non-binary).