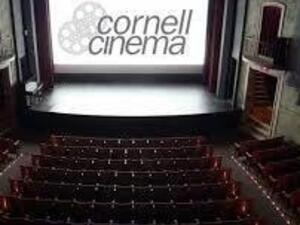 Danish film master Carl Theodor Dreyer's homoerotic classic is a mature and visually elegant period romance decades ahead of its time. Michael takes its place alongside Dreyer's better known masterpieces as an unusually sensitive and decorous work of art and is one of the earliest and most compassionate overtly gay-themed films in movie history. Subtitled. 1924 > Germany > Directed by Carl Theodor Dreyer, with Benjamin Christensen, Walter Slezak, Nora Gregor
1 hr 33 min

This is a FREE screening with a limited number of complimentary tickets. Please RSVP via our virtual-cinema-order-form; you will then be emailed a unique screening link for the film that will be active from October 9th-15th.

We will start taking reservations one week in advance of a film's first playdate. Requests received before that time will not be processed.