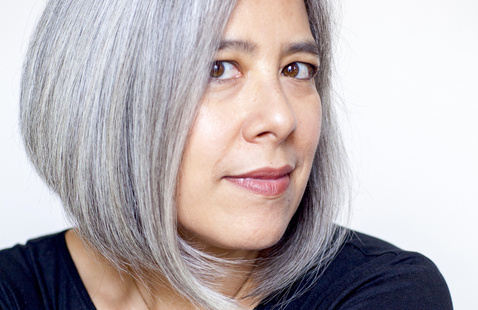 Novelist, winner of the National Book Award, and Creative Writing Program alumna Susan Choi (MFA ’95) returns to Cornell for a virtual reading. The celebrated author plans to read from her short story, “Flashlight.” The reading will be followed by conversation and a live Q&A, moderated by Professor & Stephen H. Weiss Presidential Fellow Stephanie Vaughn.

“Flashlight” was published in The New Yorker and is available to read online. The Department of Literatures in English invites viewers to read the story in advance. Attendees will have a chance to ask Choi questions about her work and inspiration.

Susan Choi’s first novel, The Foreign Student, won the Asian-American Literary Award for fiction. Her second novel, American Woman, was a finalist for the 2004 Pulitzer Prize. Her third novel, A Person of Interest, was a finalist for the 2009 PEN/Faulkner Award. In 2010 she was named the inaugural recipient of the PEN/W.G. Sebald Award. Her fourth novel, My Education, received a 2014 Lammy Award. Her fifth novel, Trust Exercise, won the 2019 National Book Award for Fiction. Her first book for children, Camp Tiger, was also published in 2019. Born in South Bend, Indiana to a Korean father and a Jewish mother, Choi was raised there and in Houston, Texas. She studied literature at Yale and writing at Cornell (MFA '95) and worked for several years as a fact-checker for The New Yorker. A recipient of fellowships from the National Endowment for the Arts and the Guggenheim Foundation, she teaches fiction writing at Yale and lives in Brooklyn.

This is the fifth virtual event in the Spring 2021 Barbara & David Zalaznick Reading Series: Together. Livestream powered by our friends at eCornell.

Free and open to the public