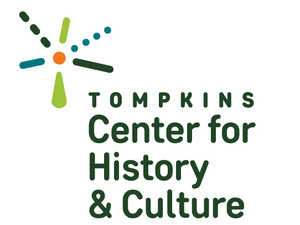 Postponed: The Archaeology of the Buried Hamlet in Robert H. Treman State Park

Over the last twenty years, archaeology in the park has revealed the remnants of homes, a general store, a post office, and Henrietta Wickham’s hotel.

The Archaeology of the Buried Hamlet in Robert H. Treman State Park

The Friends of Robert H. Treman State Park are pleased to present this illustrated lecture at the History Center as part of their celebration of the park’s centennial.

In 1853, visitors walked the trails and went to the scenic lookouts to view the falls just like we do today. The difference was that the bridges and stairways were made out of wood not stone and the tourists stayed at a quaint hotel run by a women proprietor, Henrietta Wickham, who also designed the trails and owned the resort. It was this resort that fascinated Treman and led him to purchase the property plus other buildings in the heart of the hamlet of Enfield Falls. Over the last twenty years, archaeology in the park has revealed the remnants of homes, a general store, a post office, and Henrietta Wickham’s hotel.

Sherene Baugher was the first city archaeologist for New York City (1980-1990). Since 1991, she has been a professor at Cornell University. Her specialty is North American historical archaeology. She has written numerous articles and books about sites from the colonial period to the early 20th century and is currently co-authoring a book on with New York State archaeology. She and her students have worked closely with the Friends of Robert H. Treman State Park, giving tours of their excavations, designing exhibits for the mill museum in the upper park, and presenting the archaeological discoveries in public talks.